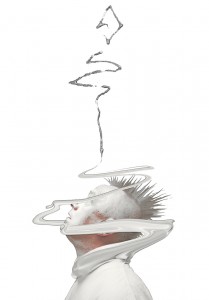 John was born in Birmingham, where he learned to love the sound of scrapyard dogs and the  rattle and clank of passing trains.

The scrapyard dogs came into the house, lived there, became feral pets. And the trains? Well, most noise eventually becomes background soundtrack. Playing on the tracks can be exciting, if not a little scary.

Influences beyond his control dropped him into the gloriously outmoded world of old style Grammar School, where he learned to love reading, and that there were vast and echoing spaces between his thoughts.

The influences died, one way or another, but their power echoes down the years. And the Grammar School.? It also died after a fashion. The power is still there and the schools have morphed. The joy of reading never left and those vast spaces just got smaller and yet bigger …it’s a weird dimensional thing I guess. 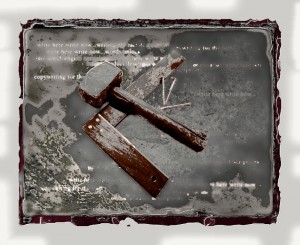 He’s had a wide variety of jobs, where he learned to love the pay cheque and that, more often than not, ambition trumps ability …it’s a savage world.

The jobs? Tinker, tailor, soldier, spy. Toilet cleaner, fraud investigator, sculptor, spiv. It’s all the same when you boil it down, you’ve got to pay your way. Ambition got harder and harsher, sharpened its teeth and grew longer claws. Ability learned to shed its skin, adapt and survive. The world got more savage still.

The dogs are still calling.  The shutter-clunk sound of metal is still booming in his head.

John is currently working on a number of projects. They include more tales from the Dead Boxes Archive and the Scaeth Mythos, and new stories set in the ever evolving, post-apocalyptic world of Collapse.

Surprisingly, considering how unsociable he is, John is on Twitter and Facebook and is  a Goodreads author.

Your best bet is Twitter if you want to give him a shout.