The Dead Boxes is a collection of stories and books that share some sort of association. It’ll evolve over time. Themes and events in Dead Boxes lore cross over with the Scaeth Mythos. They’re interwoven, separate but intimately linked.

CALL DROPS and DOGGEM are tales in the Dead Boxes Archive. 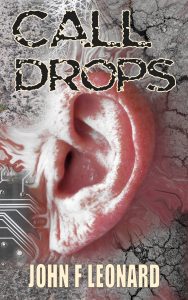 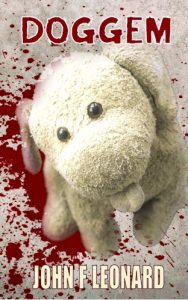 Scary, awesome things. They can be easily overlooked. They’re ordinary on the surface. At first glance anyway.

If you look a little closer, you’ll see something unique.

You could have one and not know it.
Be careful.
They hold miracle and mystery. Horror and salvation.
None are the same. Except in one regard.
You don’t need one.
You really don’t.
Believe me.

Most bring nothing but misery. A few offer better, in the right hands that is. Some lie dormant and unnoticed. A Dead Box can corrupt and contaminate the owner unless handled with extreme care and a great deal of respect.

Box is a deceptive term. They aren’t generally boxes, they appear as everyday objects. A painting, or sculpture. A musical instrument or a toy. Anything you can imagine. But they’re never mass produced items. They’re always unique.

They are sundered parts of a bigger whole. The original Box fell through a crack in the past. A tale lost in the mists of time. Known only through word of mouth and obscure writings.

If those parts are ever reassembled, existence will change.
Light will flare, diminish and die. Substance will dwindle and disintegrate to nothingness. The human universe will fold in upon itself. Life as we know it will be extinguished.
If enough, but not all, of the Boxes were assembled, the possessor will be able to change the nature of reality. Not necessarily break the universes, but alter the fabric of life and death.

A Dead Box also features in the Bad Pennies novel. Indeed it’s an integral part of the narrative. But whilst at times overlapping with the Scaeth Mythos, the Dead Boxes are a distinctly separate entity. They’re their own very definite kettle of stinky fish.

A Plague of Pages 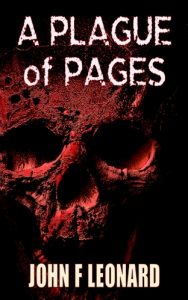 A Horror Story from the Dead Boxes Archive.

Ah, the perils of writing …it can bring out the worst in you.
Anthony’s world has fallen apart. The good times have gone, the things he treasures have been torn away. Life in tatters, he needs to press the reset button and begin again. And that’s exactly what’s going to happen.
He’s going to pursue his dream of becoming a writer.
Trouble is, some dreams turn into nightmares.

Beautiful wife, successful business, plenty of cash. He had the lot. Until he didn’t have very much at all. It’s taken a while, but Anthony has finally discovered life is full of bastards and betrayal. Weary and washed out, a change of direction is just what the doctor ordered.
He wants to be a horror writer.
Write, and in the writing, redefine himself.
And again, that’s exactly what’s going to happen. He’s about to discover real horrors. The like of which are beyond comprehension. He could well get lost in his own stories.
Because some stories aren’t right. They aren’t just make-believe ink marks on a page.
There are worse things in the world than a little double-dealing and deceit. There are things that defy description and beggar the mind. Things that sit outside the walls of reality and scratch at the mortar between the bricks.
Sometimes they find a crack and worm their way through.

A PLAGUE OF PAGES is a tale of dangerous words and weird objects. The darkness of the human heart and a greater darkness that swims below the surface of what we happily call normal.
Occasionally the darkness pops up and swallows people whole.
It’s a cocktail of everyday evil and cosmic horror that will linger long after the last page is turned.
Maybe it will make you reconsider those unfulfilled ambitions, the stuff you always wanted to do and somehow never got round to. Like letting loose the frustrated writer inside you.
It might make you think twice about the items that slip under the radar. Those neglected trinkets stashed and forgotten in the loft or hidden away in dusty drawers.
Perhaps, only a possibility mind, it might make you wonder at the twisted symmetry we pass off as coincidence. The terrible, seemingly inexplicable events we dismiss as happenstance …and the thin dividing line between fact and fiction.